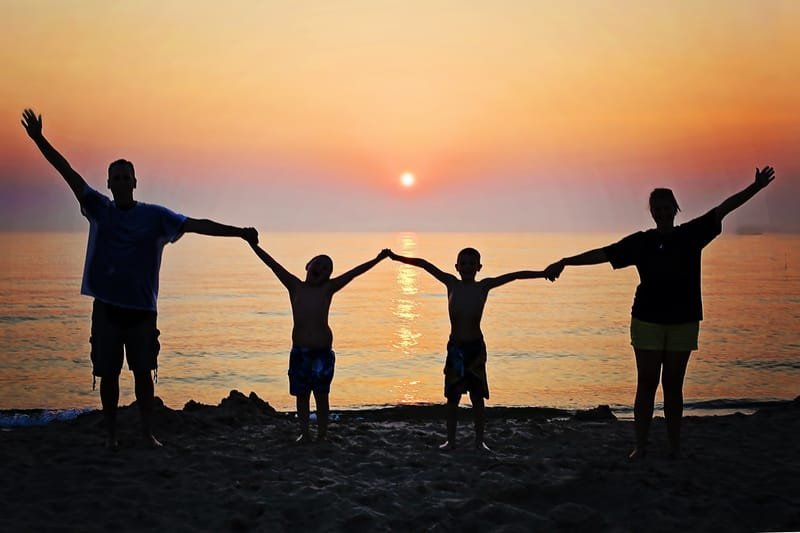 The Supreme Court of BC will allow you to file for divorce in this province if the following preconditions are met:

You or your spouse, have lived in BC for at least a year.

You and your spouse have “separated”: which can either be inferred by one spouse moving out of the home or sleeping in a separate bed – or can be expressed by a written notice or separation agreement.

A child over the age of nineteen may be deemed to be dependent on their parents by reason of disability or because of full-time enrollment in an educational institution, in which cases an adult child is continues to be a “child of the marriage” and child support is payable on their behalf.

Negotiating and signing a Separation Agreement before filing a Notice of Application for Divorce is recommended if there are significant property interests or if there are children of the marriage.

If you and your spouse are renters, without kids, who own your own cars but little else, and enjoy similar salaries, you will likely file for a “bare divorce” in which you ask the court to be divorced from your spouse but are not seeking spousal support or a for a division of property.

Whatever course you take to obtain your divorce you will have to swear or affirm the court that you have lived separate and apart from your spouse for a full year before you can ask for a divorce order to be granted. However, you can negotiate your Separation Agreement and/or commence your Notice of (Divorce) Application as soon as your separation has commenced.

Your spouse must be personally served with your Notice of (Divorce) Application, but if your spouse has no objections to the parenting arrangements, child or spousal support, or property division or other issues set out in your Notice of (Divorce) Application – your spouse does not have to do a thing. Doing nothing means the application is “undefended” or “uncontested” and the application is likely to be approved by the court without the attendance of the parties, or their counsel. When your divorce is approved at a judge’s desk rather than in open court it is called a “desk order divorce”.

When children are involved, the court will want to see parenting arrangements and child support issues settled in writing before a desk order is made, usually in the form of a [link] Separation Agreement or a Provincial Family Court decision.

A contested divorce is when both spouses are not in agreement about matters pertaining to their divorce. These matters can include spousal support, child support, custody or access and possibly property division issues.

Regardless of the issues involved, Christ & Co can assist you with handling your contested divorce and moving on with your life.

We specialize in coming up with simple solutions to what may at first seem like a complex problem. Contact our office to consult with one of our experienced lawyers today.

You and your spouse can be divorced by demonstrating to the court that a year of separation has occurred – there is no need to prove adultery or cruelty. That is the essence of “no-fault” divorce.

However, the “no-fault divorce” can become a “contested divorce” when you and your spouse can’t agree on the collateral issues: child or spousal support, apportioning of property and debt, child custody and parenting issues (especially visitation schedules).

Once a divorce application is commenced, if you and your spouse cannot agree on all the collateral issues (support, parenting and the division of property and debt) the court will be forced to substitute its decision in the absence of an agreement between spouses.

The court process is long, very stressful and expensive for both parties – and hard on any children of the marriage – and often during the course of litigation the parties are always encouraged to reach an agreement between themselves in the form of a Separation Agreement or Minutes of Settlement.

Your spouse’s initial, stubborn, unyielding resolve will undoubtedly weaken as the trial date grows nearer and financial resources dwindle and many settlements are achieved on the courthouse steps on the day of the trial.

Christ & Co. favours a collaborative approach when dealing with your spouse’s counsel. We always encourage settlement – early and often – throughout the entire divorce process from start to conclusion.

There will be an opportunity, prior to trial, for a judge, other than the one who will try your case, to give his or her opinion as to what the issues would be at trial and which spouse might be favoured to win on these issues. This is a valuable experience for both spouses who can obtain a measure of how an experienced judge might rule in their case.

It can take a long time to have a trial scheduled and the whole process is time-consuming, expensive, and stressful. It’s also very hard on any children involved. So before you go down that path, consider all the options for settling your differences.

Any contract between spouses dealing with Family Law Act of BC and the Divorce Act of Canada issues is broadly referred to as a “Family Law Agreement”.

The Family Law Act of BC largely treats married relationships and common law relationships (unmarried spouses who live together for two or more years) on the same basis.

A Family Law Agreement made at separation or anticipation of separation is called a (wait for it) Separation Agreement.

Any one of these types of Family Law Agreements, properly drafted by one spouse’s a lawyer and reviewed by the other spouse’s lawyer – and signed by both parties – might have settled all the collateral issues that might arise on the breakup of a relationship. However, most spouses don’t have the foresight to invest in a Prenup or Cohab Agreement and will instead enter into a Separation Agreement to settle collateral issues on breakup.

For married spouses, entering into a lawyer-prepared Separation Agreement will ensure that a simple, low-cost, uncontested divorce is possible.

A signed, lawyer-prepared Separation Agreement is also required by mortgage lenders who need to calculate a spouse’s debt service ratio to see if they qualify for carrying the mortgage on the old home – or the replacement home – without the support of the other spouse. The Separation Agreement will outline which spouse will pay or receive spousal and/or child support and will allow a lender to gauge whether you can support a new mortgage.

In order for a Separation Agreement to provide the highest benefits for you and your spouse, it should be drafted by a lawyer after both parties have fully disclosed their financial circumstance – including the Swiss bank account and the Bit-Coin account – and both clients have received independent legal advice before signing it.

Separation Agreements are often struck down by courts if one spouse has received an unfair advantage by hiding assets or income or by luring the other spouse into signing an unfortunate agreement by suggesting they don’t need to consult their own lawyer. If divorce will result in the sale, refinancing or purchase of a home, banks and mortgage lenders will require a thorough Separation Agreement signed by both spouses who have had the benefit of independent legal advice before signing.

Spousal support is calculated by adding the combined gross incomes of both spouses and dividing by 2. The higher-earning spouse will pay the lower-earning spouse sufficient of his or her income that the spouses will earn a similar net income after taxes. Spousal support is paid for a duration equal to 50% to 100% of the duration of the relationship (or more), subject to the obligation of a spouse to retrain, if need be, and to seek fulltime employment to the extent that raising the children of the marriage will permit.

Tax credits, allowances, disability and WorkSafe payments, and similar adjustments will cloud the picture somewhat but it is generally true to say that if both spouses have similar incomes, no spousal support will be payable by either party.

Separation Agreements will also divide the equity in the home, the savings accounts and the pensions accrued by both spouses during the course of the relationship.

Often there is a mechanism where one spouse buys the other spouse’s interest in the family home (condo/Townhome/house/cottage/co-op, etc.) or where these properties are sold and the net equity is split between the spouses in an appropriate fashion.

The reward for this attention to detail is a relatively quick, uncontested divorce application wherein a signed Separation Agreement is appended as evidence that all collateral family issues have been dealt with appropriately.

A properly prepared Separation Agreement will survive the divorce itself and provide certainty and stability for spouses and children going forward.